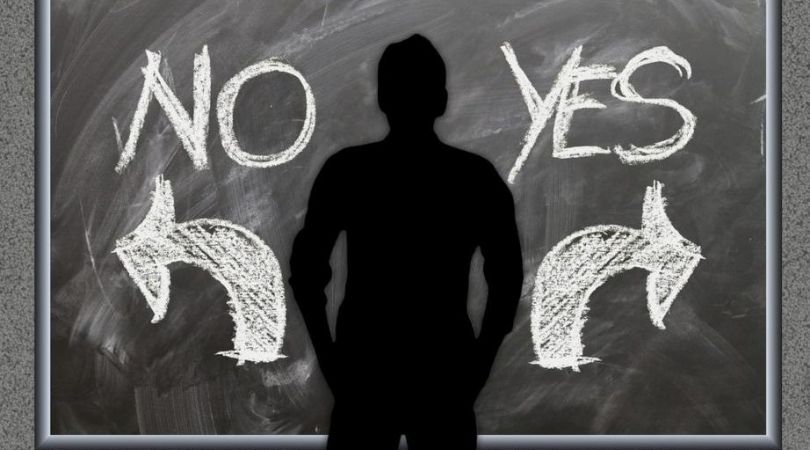 The Age of Insanity

Ever wonder why you were born at this time in history? In God's great book of history (which is His-story),we exist as characters within a rather dramatic chapter. All of Heaven is watching the movie version now in progress with their spiritual popcorn in hand. They know the ending as we do, but there will be much drama to be worked out before we get there.

Let's back up a little. There have been many general eras in the recorded history of the Western world and more in the Far East and Africa. There was the Classical era, the so-called Dark Ages, the Medieval age, the Renaissance, the so-called Enlightenment era and the Modern age. One can argue with tongue in cheek that we have now entered the Age of Insanity. This is the era when man's turning his back on God has resulted in our losing any semblance of objective truth. It has us questioning the most basic tenets of reality.

Men now identify as women and women as men. People of the same sex are getting "married" with the blessing of the State. Parents are calling their sons "daughters" and putting them in dresses because of the kids' gender confusion. A third of our offspring are intentionally killed before birth by surgical weapons, and perhaps two-thirds are killed by chemical weapons such as hormonal "birth control" pills.

Material goods and pets are replacing children, fewer people are getting married and a greater number are fornicating and lusting after pornography on their computers. And with the breakdown of the family, we are now seeing before our eyes an attempt to erase history and destroy Western civilization — a civilization built on a Christian foundation.

What We Can Do

What can we do? First, we know that the more we are given, the more will be expected of us. The gift of supernatural faith — to know the word of God authentically interpreted and the infallible teachings of the Magisterium and to have access to divine life through the sacraments — is the pearl of great value for which so many others subconsciously long.

Secondly, we know we don't depend solely on natural powers. Just ask David about his fight with Goliath. We are facing the "Goliath" of the media and academic establishments today, establishments relentlessly conditioning the world to believe a false narrative that upholds their Culture of Death. It is a natural quicksand over which we have no power but for the grace of God.

We must pray that God uses us as His instruments as He wishes, with His life spiritually animating us. Then we must do what Solomon is famous for: We must ask for wisdom. The virtue of prudence is practical wisdom — to know how and when to use the gifts that God has given us for His glory. Ask the Holy Spirit for inspiration and courage. Then, with the confidence of the young David, act courageously.

The good news is that, although so many have been made blind by the world, the flesh and the Devil, people's hearts can be moved. As Jesus showed us in the Gospels, the blind can be made to see, and we — as Christ's body — can do greater things than this.

I recently went out to dinner with three colleagues to celebrate my birthday. One of them admitted her mind was completely blind when she was younger. She bought the whole nine yards of the secular progressivism, including with the "sexual devilution" (the sexual revolution led by the Devil).

She is now a holy woman of God. She recalls that all that was needed was someone to say the right words to her. She grew up in social circles that bought all the lies, and no one had bothered to share the truth with her. When someone finally did, her eyes were opened and she began to see. She eventually became Catholic and, on the political level, she went from liberal Democrat to pro-life conservative.

She told us with confidence, "All people like me needed was someone to tell us the truth in love." When she heard it, the "aha, of course!" factor set in. The blinders came off and she followed the light — all the way to confession and the Eucharist. She now works hard that others may be fed with the light of grace and truth.

The truth is, because of the mind-molding and culture-molding establishments of the media and academia relentlessly "forming" our consciences for the past five decades, many people today are walking around with severely deformed consciences.

The U.S. bishops include the following in their definition of conscience: "It helps us recognize the truth about God and the truth about how we ought to live. Conscience is 'a judgment of reason' by which we determine whether an action is right or wrong."

The Catechism of the Catholic Church states in §1777, "Moral conscience, present at the heart of the person, enjoins him at the appropriate moment to do good and to avoid evil. It also judges particular choices, approving those that are good and denouncing those that are evil."

As St. John Newman taught and the Second Vatican Council expounded upon, we must always follow our conscience. What must be emphasized, however, is that we have an obligation to form our consciences according to what is objectively true and good. We must never conform reality to our desires — as is the linchpin of secular progressive ideology — but rather we must conform our lives to reality.

Ultimately, God is reality, and all that is real and true is seen through His eyes. Without this objective perspective, we will inevitably fall into believing false narratives created to satisfy our selfish, disordered desires.

Conscience is influenced by two basic elements within us: our intellect and our will. They are the two powers of the soul that make us persons. Although we cannot deny that there are people out there with bad will, who hate truth and goodness (meaning they ultimately hate God), we must remember there are also others who are misinformed through no fault of their own. Theological tradition calls this "invincible ignorance."

As my colleague made clear to us the other night, people with invincible ignorance but whose hearts are still open are reachable. There is still much fertile ground in which we can plant seeds.

While a closed heart disables the mind to see, there are those who can't see only because no one has given them a light. "I am the way, the truth and the life," Jesus said. We must give them Jesus — subtly if necessary. By pointing out truth, goodness and/or beauty, we give people Christ, who is their perfection and personification. We must be genuine and convicted and never use the language of the Left, which is so much the common parlance today.

No one knows who the heroes will be in this chapter of the book of His-story. God will raise the humble and selfless to do great things, save souls and perhaps save civilization in the process. Our goal is to love Him and remain open and eager — and to resist the wickedness and snares of the Devil.