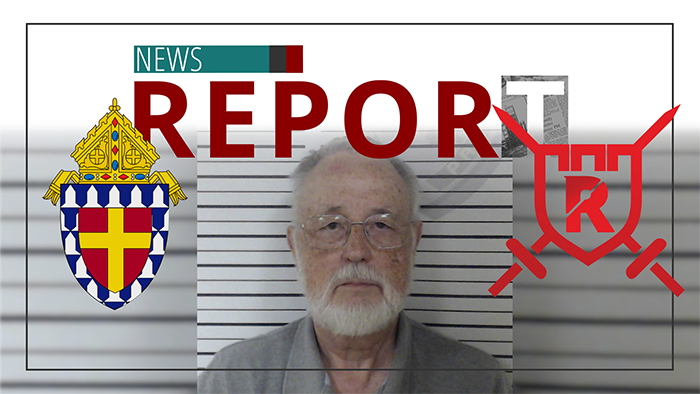 An ordained homosexual predator in Louisiana is requesting parole. But Catholics in the area are working to ensure that request is denied. Church Militant's William Mahoney has more on those efforts, as well as some insights from the victim's mother.

We have templates available of a couple different letters. ... A lot of people are intimidated by having to write formal letters, so we wanted to make it as easy as possible for them. And this also includes the address to the parole board and, most importantly, Guidry's official identification number in the court system.

Guidry's victim, Oliver Peyton, was an altar boy at the predator's parish in the Lafayette diocese, where the grooming began early with Guidry befriending the family.

The priest paid Oliver to do yardwork and served him alcohol until finally assaulting him once, when Oliver was unconscious.

Oliver's father, Dcn. Scott Peyton, explained parole is a privilege for the remorseful who pose little risk to public safety.

He has not yet repented and been able to accept what he has done, as doing it in his own choosing, but instead, he is still blaming my son and us for what he did. Until he can accept the fact that he committed a crime, it would be better for him to stay in jail so that he can come to the realization that he needs to repent for the sake of his own soul and for my son, my family and our Church.

The first priest in the United States to face a widely publicized criminal trial for abusing children was Gilbert Gauthe, a cleric from 1972 to 1983 in the Lafayette diocese. After serving a 10-year sentence, he moved to Texas, where he was charged with abusing a 3-year-old boy.

Letitia Peyton: "The priest who molested my son, Fr. Guidry, in his deposition, admits to being Fr. Gilbert Gauthe's right-hand man. So there's a link there between him and Gauthe."

Interviewer: "Do you think the bishop is aware of that?"

Letitia Peyton: "Well, absolutely. He knows it because it was in the deposition, which the vicar general of our diocese was sitting in on the deposition, so he would have heard those words come out of Guidry's mouth."

Catholics in Lafayette want to ensure Guidry remains behind bars, never again having an opportunity to abuse.

For those who wish to join the writing campaign, the parole board's email is ParoleBoard@la.gov and the postal mail is: