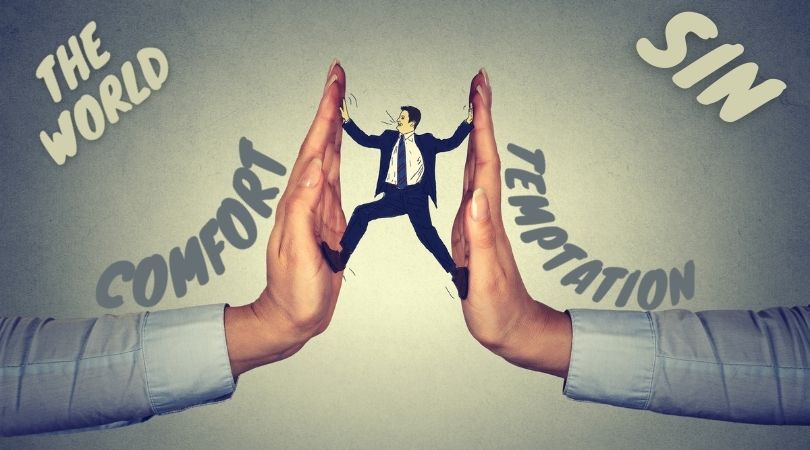 Catholics around the world are waking up to the crisis in the Church. They are beginning to stand up for their Faith by joining the Resistance movement begun by Church Militant.

By 1972, Abp. Fulton Sheen recognized the crisis of faith stemming from weak leadership and poor formation. He also saw the role of the laity in turning the tide. That year, the holy and learned bishop gave the laity their marching orders:

Who is going to save our Church? Not our bishops, not our priests and religious. It is up to you, the people. You have the minds, the eyes, the ears to save the Church. Your mission is to see that your priests act like priests, your bishops, like bishops, and your religious act like religious.

Church Militant began the Resistance last year to inform and coordinate efforts on the part of the laity to, first of all, remain on the Barque of Peter as it's tossed about in the cultural waves following Vatican Council II. The second goal is to equip these people with truth and grace to fight for the salvation of souls besieged on all sides by a godless society.

What Abp. Sheen predicted in 1972 about the necessary role of the laity coming to the aid of Holy Mother Church in this spiritual battle for souls has been repeated by prelates of our own time, including Cdl. Raymond Burke, former prefect of the Apostolic Signatura, and Bp. René Gracida, the former bishop of Corpus Christi, Texas.

Cardinal Burke said turning things around must begin at the grassroots level as other avenues in the Church were being blocked. Bishop Gracida said fellow bishops need courage most of all, and the laity need to stand up and boldly confront error in their churches. They all agree that the first battle for everyone is interior. Each person must first fight to become saints themselves before they can defend others.

Church Militant's motto is "Serving Catholics." The Resistance takes it a step further and "involves" those Catholics in the mission — sinners helping sinners to save sinners. Our first mission is to save our own souls and then to help to save the souls of your loved ones.

Church Militant equips Catholics for that mission with on-target Catholic news given in context and with Catholic teaching pertaining to current events as they unfold. The Resistance involves laity in bringing forth truth and grace for fellow Catholics. It forms local support groups for laity with like-minded Catholics in their area from whom they can draw strength.

Resistance establishes prayer groups with fellow Catholics to generate the grace needed to become and remain Catholic. It also coordinates lay efforts, allowing them to partake in rallies, protests or marches. Finally, it involves the laity in gathering and directing on-the-spot news from their area back to "headquarters" where it can be reported for the benefit of all Catholics.

For more information on the Resistance go to our website here or tune in to our podcasts here.