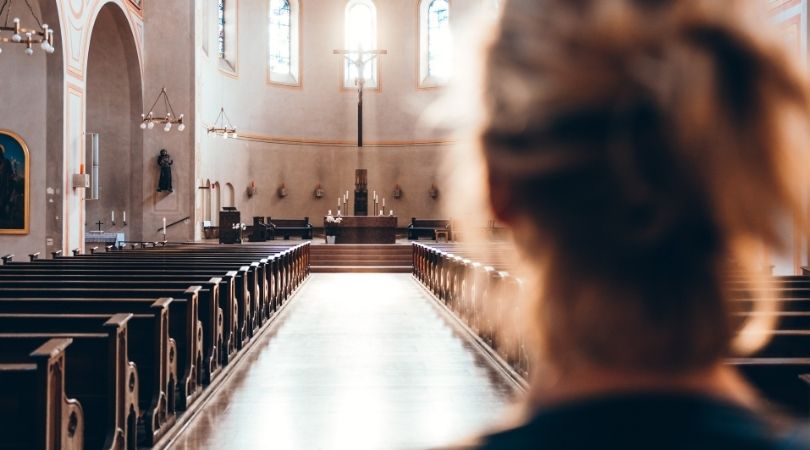 Does the Dogma Live Loudly Within You?

“The dogma lives loudly within you.” These were the words ominously uttered by Sen. Dianne Feinstein to Judge Amy Coney Barrett during her 2017 confirmation hearings for the federal judiciary. It has become one of the more repeated soundbites played though the media. Although it signified the number one concern of secular progressivism today, the phrase has become a badge of honor for Christians — now written on t-shirts, mugs, pins and even PPE face masks.

Does the dogma live loudly within you? Should it? Let’s take a look at what this means before considering these questions.

Dogmas in general are principles purported to be true that must be believed. Every religion, philosophy and ideology has them. They define a belief system and help shape the identity of the believing group. Leftist progressivism has dogma just as much as Christianity does. In fact, boiled down, these are the two competing sets of dogma whose adherents fight for the soul of Western civilization.

One might claim we should have outgrown dogmas a long time ago, that in our so-called enlightened era we should only accept the (ever-changing) claims of science. Before we look more closely at the role of dogma in our lives, on the court and in the upcoming election, let’s delve a little beneath the surface on why dogma matters.

Man is a believing species. The three ways to certitude we have at our disposal are faith, reason and the senses. This corresponds to the will, intellect and body, respectively. Of the three, faith, or belief, is what undergirds it all. From childhood, we believe our parents, teachers, doctors, traditions, the media, “experts,” the Church, etc.

These beliefs are eventually discerned through reason as we near adulthood. Many are accepted, some we reject and some are confirmed by experience.

The point is that despite progressive rhetoric, everyone has dogmas, and no one believes only in what they have seen or have been able to reason. To demonstrate this, in the past I used a simple test on my college students. I asked them: “How many of you have been to Australia?” Usually no hands would go up. No one experienced Australia with their senses. Then I asked how many of them could figure out through reasoning alone that Australia exists. Silence.

Then I asked, “How many people believe Australia exists?” All hands went up. They immediately realized much of what they knew came not from experience of their senses or from the logic of their reasoning, but through faith – faith in maps others have drawn, in teachers, the media, the word of those friends who have been there, etc.

At this point you might be saying, “True, but I know a lot through my own experience too." Yes, like other animals we know certain things through the senses, and are able to understand them through our thinking minds. However, this knowledge alone is relatively small; and ultimately, we must believe in our limited senses and reasoning ability. Why do we trust that through them we can attain objective truth? This, too, is an act of faith.

Rene Descartes, the father of modern philosophy, once concluded that there is no good reason to trust our senses and he doubted everything, even his own existence. He had a point. If you have no faith in an intelligent and good Creator, why would you trust the natural faculties given to us? Eventually his faith in God enabled him to climb out of this deep chasm of darkness. Many agnostic progressives today are still there, contradicting their own philosophy every time they trust their senses.

When it comes to religious belief, particularly Christian faith, it is different inasmuch as it begins with the premise that Truth transcends our limited human experience. We trust not only the words given by men, but ultimately the word revealed by God. This faith leads us to know that since God is Logos (John 1:1, 14:6), nothing He reveals can be untrue or contradict reason. Further, accepting Catholic dogma is necessary for salvation.

Progressive dogma, on the other hand, is made up of purported truths that fit a man-made narrative that places man as the creator and arbiter of his own reality. With this ideology, man is his own god, creating his own dogma, that corresponds to his own desires — whether they be natural or disordered. In fact, since this alternative religion holds that man defines reality, there are no disordered desires, no perversions of the natural order and no sin.

Returning to Sen. Feinstein, the bottom line is everyone follows dogmas, albeit different ones. It is not human not to. Therefore, when the senator told Barrett, “The dogma lives loudly within you – and frankly that’s a concern,” she is really saying she’s concerned that Barrett’s dogmas don’t match her own. She’s concerned Barrett doesn’t place her faith in progressive ideology based on subjective emotion and desire rather than on objective reason and God.

Despite the Left being hellbent on rationalizing perversion for the glory of self, the dogmas accepted by Barrett are what the framers of the Constitution and all civilized people have accepted for centuries. They correspond to objective truth, goodness and justice.

Whatever President Trump’s personal beliefs are, he has governed as a president who respects the dogmas that built civilization —including those relating to the sacredness of human life, the good of the natural family and the right to reject acts that violate one’s well-formed conscience.  Many of these dogmas stem from the Christian faith, and can be found formulated in the Catechism of the Catholic Church.

So, borrowing from Feinstein, the question should really be worded, “Which dogmas live loudly within you?” As a nation, and as individuals, we must ask this question. Our culture and civilization are at stake, and November’s election has never given us a clearer choice. Will we vote for Catholic dogma by re-electing a secular Protestant president, or vote for leftist dogma by electing a so-called Catholic?

Does the dogma live loudly within you? As Christians and people of good will in the midst of the election of our lifetime, we must metaphorically shout from the rooftops an emphatic "Yes!"